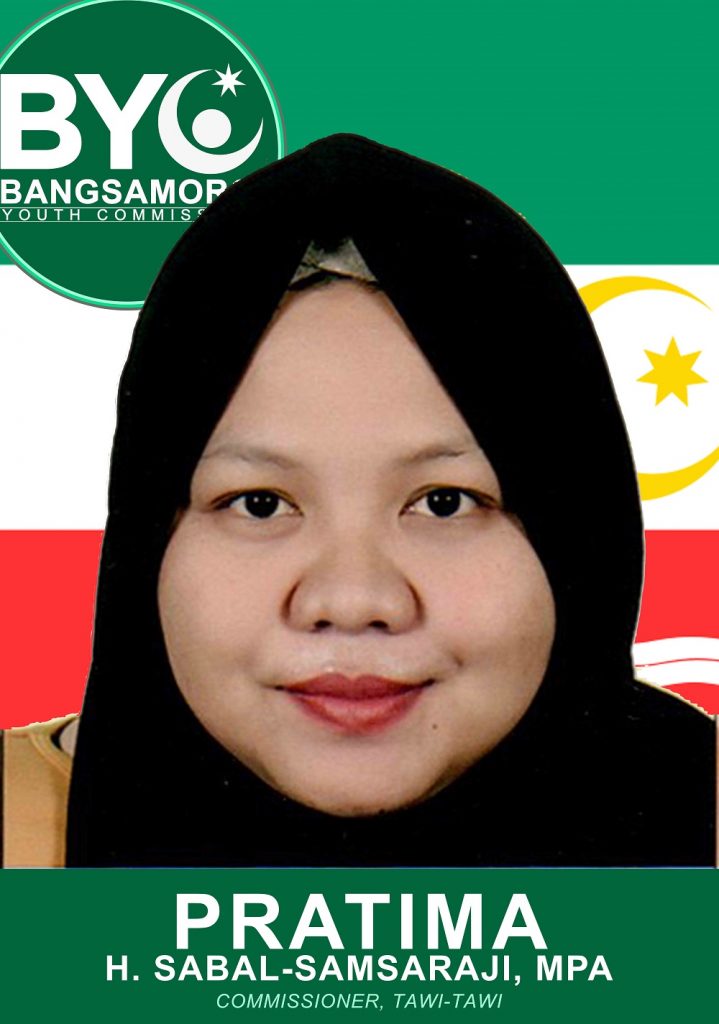 Pratima Sabal-Samsaraji encompasses resplendency prior to her childhood years where she has already shown her leadership skills as early as seven (7) years old. During those years, she has already participated and attended several trainings and seminars which resulted to electing her as the President of Kasambuhan of Children’s Council in Bongao. In addition, her nobility even at her young age did not end in the province because she was also elected as one of the board of directors of National Coalition of Children’s Association in the Philippines which was organized by Erda Foundation, Plan International, World Vision, and Child Fund Philippines. At the same time she was also elected as board secretary in the Coalition of Children’s Association which was organized by Christian Children’s Fund Philippines now known as Child Fund Philippines.

She spent her socondary years in Notre Dame of Bongao that cultivated a significant contribution in her character-building through active involvement both in extracurricular and school related activities.

After graduation she was hired as Head of Marketing Department of GNA Corporation and served up until 2018. In the year 2019 she attained her Master’s in Public Administration with complete academic requirements in Abubakar Computer Learning center Foundation, Inc. Further, through her credence in the spirit of moral governance she was appointed by Bangsamoro Government as the Provincial Coordinator of Bangsamoro Youth Affairs on April 2019 to December 2020.

Currently, she is finishing her Doctorate’s Degree in Education Major in Peace and Development, C.A.R in Abubakar Computer Learning Center Foundation, Inc.