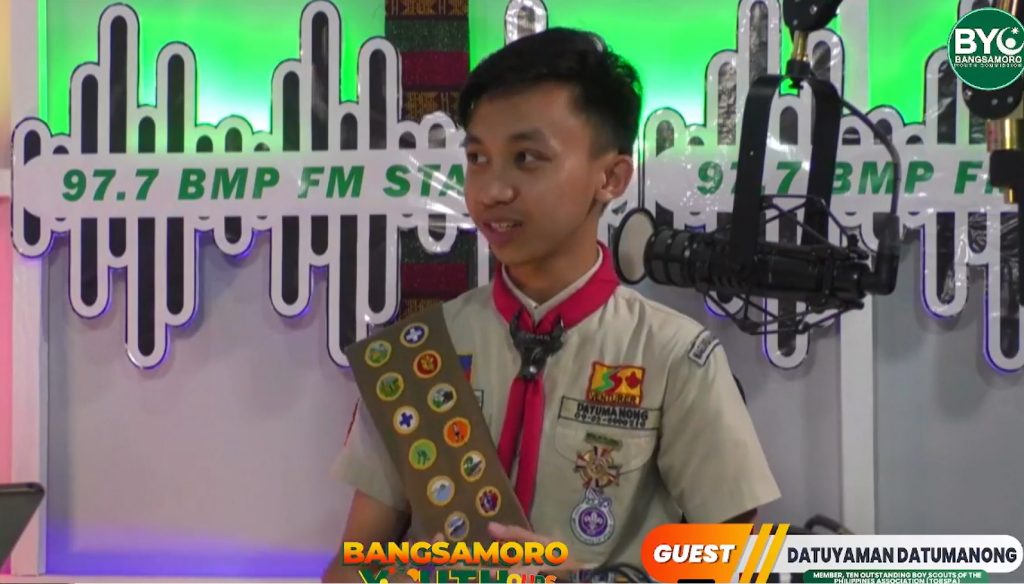 During the 40th episode of the program Bangsamoro YoutHours: “an Avenue for the Youth to Speak”, on Thursday, January 19, Datuyaman Datumanong, described scouting as ‘a challenging yet fulfilling journey’ as it taught him with sets of practical skills that are necessary for survival.

Datumanong said that scouting is “a world movement that aims to equip scouts to become agents of change in the community by conforming with the scout oath and law that is to help other people at all times with the guidance of adults.”

“Scouts should undergo various activities designed to help them build their knowledge and skills. They have the opportunity to choose six sets of skills depending on their interest and forte,” he added.

Among the scouting activities include drills, camping, first-aid, cooking, and sculpture, among others, where scouts are also given with merit badges as a symbol of recognition of their efforts upon completion.

Datumanong underscored that Scouting does not only delimit to conducting school-based activities such as venture camping and jamborettes, but it also capacitates scouts by convening them to discuss their issues and concerns from their localities through an snnual local scout youth forum where he was the council scout representative of Maguindanao and Cotabato City Council from 2018 until 2022.

He emphasized that his determination and appreciation of his identity as Bangsamoro is what drove him to aim for the Ten Outstanding Boy Scouts of the Philippines, a prestigious award of the scouting movement to give recognition to the scout who give exemplary efforts and accomplishment to the local community and its wider scale.

“In our first activity, the organizers told us to write a message that denotes our inclusion among the top ten outstanding scouts. I could not think clearly of my reasons. However, I pondered immediately about my purpose why I joined this activity, there I began to write about my identity and the untold narratives that happened in my community,” he said.

After completing the given activities, Datumanong was able to highlight of his identity interview and socialization night.

“During these activities, I also got the chance to bring the Bangsamoro culture and highlight our history especially our struggles. I was able to address the misconceptions and the false narratives with regards to our identity,” he said.

“Being named among the top scouts of this country is not solely an acknowledgement of my efforts, but also a recognition to the collective voices of my fellow Bangsamoro, given that most people outside our region are unfamiliar with our narratives,” he emphasized.

Datumanong is the first Bangsamoro scout to be given the award in its 32-year history. 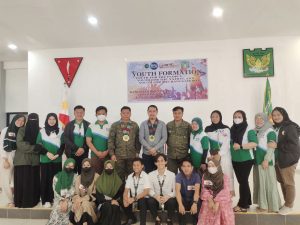 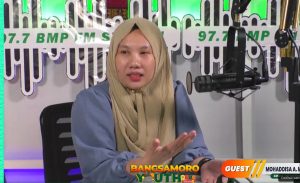 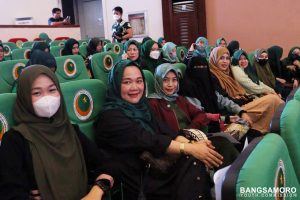